Or so the saying goes. Looking at my IG reader it might have done down south but not yet in Yorkshire!!

Sewing has been good for me again this month, shall we start with the failure and move swiftly on?

The back end of last year I bought some pave jersey from Ditto Fabrics (Brighton, where the sun IS shining).£7.99 pm and I bought 2m. Do you buy fabric on line for one thing but then when it comes its not quite right so it goes on the stash? Good, glad its not just me! But now I have so many patterns and fabrics I need to start matching some up. I bought this because I loved it so much so it deserves to be made up. As it has a very fluid drape I decided on a So Sew Easy Wrap Top a free pattern of a wrap top with side pleats.

Pleats is a first for me (hey we all have to start somewhere) so I used my long ruler and a frixon pen and marked them across from the paper to the fabric, pinned and sewed. So far so good. Debbie has a really good video attached to this free pattern showing how its done. The Americans get to buy knit stay tape, Lucie from Love Lucie recommended buying by the metre and bias cutting strips. Faffy but it works. Only in this case I have ended up with a top with a very wavy edge. I used the walking foot and zig zagged it but its so bad I have unpicked it. Going to test a strip with narrow elastic behind and see if I can recover it. Its not yet gone in the box of shame (failures I get fed up with as they don’t work).

So moving swiftly on, one of the fabrics I bought on the Dewsbury Spoolettes day (but in Molescroft) was another very fluid viscous drapy jersey £14pm I bought 1m. I wanted a cowl neck but my previous one was very work inappropriate (the cash box in a lower drawer was very popular though, until I put it on the desk haha). Then I found through IG Patty Doo she has an English site and the patterns are 2.99 Euros and come with video demonstrations. I learn really well by watching and learnt a new way to do back neck binding. Sew a strip of jersey right sides together to back neck then fold seam up and fold strip down over, fold again and sew. Really neat. 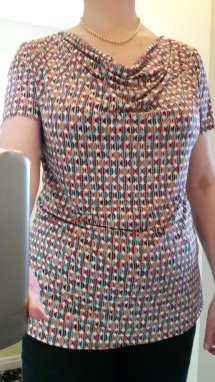 Me! not a flattering look

New to me neckband

Next success was with some purple warm jersey from White Tree Fabrics bought sometime last year £10.06 pm and I bought 2m. After seeing some lovely Astorias on IG I thought it was time to try. Following surgery two years ago I have a very round tummy and my tummy and hips measure the same, bizarre I know so I am trying different styles to try to find what’s good and not. With skirts the Astoria is a hit. Its so easy to put together and after @redwsews had a problem with the neck and @daisy_crumpet replied to do a 25cm neck my first one went together lovely. Gosh I love this sewing community! 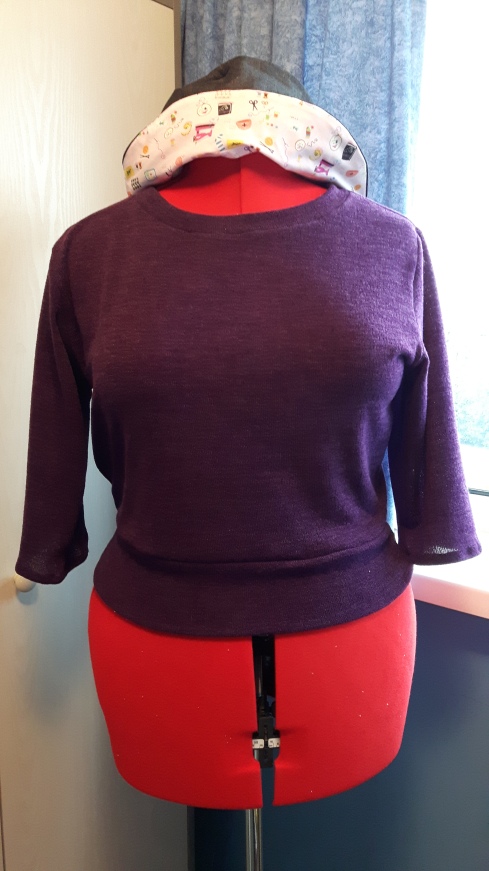 The silly make of the month were 3 ducks. Yes call me Hilda Ogden (Ali) but I don’t have a Muriel on the wall just a plain blue one. I inherited one of my sons old bedrooms and its still painted blue (his choice) I don’t mind as its relaxing but it is a bit boring. I bought The Makery Book and decided to do the ducks with a free gift of 3 coordinating fabrics from a magazine. They took some time to trace, cut, stitch and stuff but I think they are worth it and will certainly give me a smile when I see them.

Girls I won a competition!!!!!

I showed my knickers to the world and won a competition with Trixie Lixie I received some lovely packs to make up some more so that’s one thing on the list to do for April. 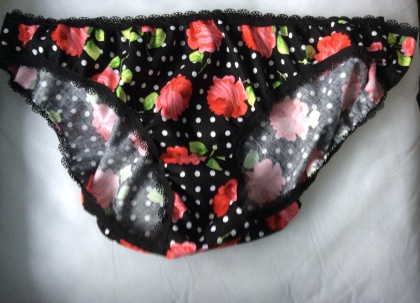 Also made this month was another TATB Agnes with the other metre of warm jersey. All jerseys behave differently and this ended up too wide on the shoulders. Hubby said ‘its fine get it worn’ but you know when your not happy. Enter the wonderful overlocker. I just pinned and nipped out a cm on the top of the arm hole seam and blended in. Its perfect now so I am trying to finish things properly. 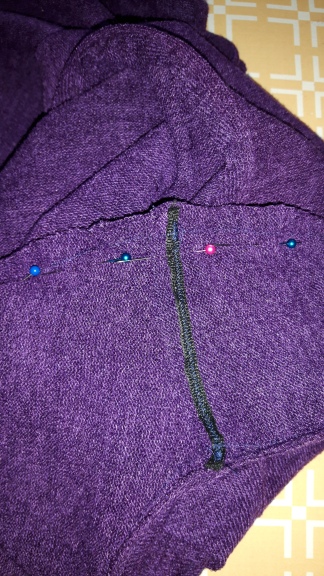 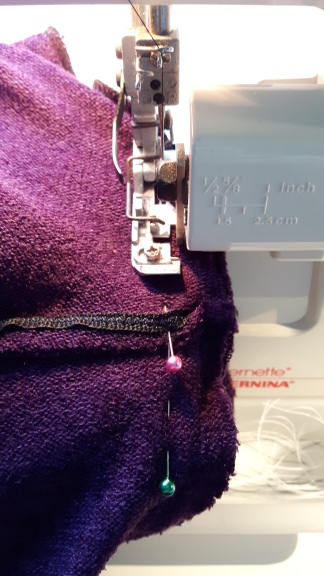 So I great month for me. Roll on the month of April.

Ok that means back to the first item and the wavy front edge. Any thoughts anyone???

8 thoughts on “Spring has Sprung” 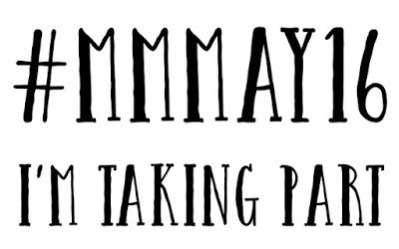